The Teller Of Tales | Get It Lowveld

Hungani Ndlovu isn’t your average soap star. Not only does he exude charm, this talented Lowvelder is passionate about empowering others to reach their full potential.

Hungani grew up in Hazyview and Green Valley, then moved to Polokwane at the age of four. When he was 13, the family moved again, this time to Johannesburg where he attended Mitchell House and St Stithians Boys College. Hungani’s childhood was idyllic.

He was part of a large, closely knit family surrounded by love and support, which gave him the freedom to express himself. This encouraged him to start dancing at a young age, performing for his family. “My sister thought I was very irritating, but we all spent a lot of time together as a family; it was wonderful. I was always referred to as Mamma’s boy,” he laughs.

After school Hungani moved to Los Angeles to study drama. Reflecting on why this particular field drew him, he says he loves entertaining people. “And, because I get to play different characters, I learn to judge people’s reactions to situations, and to rationalise why they make the decisions they do in life. Plus I love telling stories!”

Hungani started taking his dancing more seriously while still in high school. He wanted to take it a step further, find out if he could tell his stories through both dancing and acting, and so decided to study the craft of acting. He loved it, and got his first theatre break at the Market Theatre, playing Travis in A Raisin in the Sun, directed by James Ngcobo. His next big break was his current role, playing Romeo on e.tv’s Scandal. “I love acting. I love the idea of creating a character from scratch; from the research to the studying, to the rehearsing, and finally the actual portrayal.”

Hungani speaks frankly about the challenges of entering the acting industry in South Africa. “It’s very difficult, because you do audition after audition and face rejection. This eventually makes you question your ability. The secret is to keep reminding yourself to be patient, and continue working on your craft – your day will come. It’s important to believe in yourself, be willing to stretch yourself and try new things, and learn as much as you possibly can. This industry is not for the faint-hearted, that’s for sure.”

His advice to any aspiring actor is to continually learn and hone their craft. “Learn to develop yourself personally, be willing to work hard and smart. It’s not easy and there are no shortcuts. Also, be wary of fly-by-night agents and directors who promise the earth, and because people are desperate they are taken in by nothing but tricks. “Do research and read up on how things work in the industry. Set goals and set your mind to achieving them. Things will fall into place and you will achieve them.

In August 2015 Hungani created Sans Group, a training facility based in Joburg which offers acting, dancing, modelling, showbiz, health and photography services, and aims to empower others in the creative arena. “Sans Group is my baby,” he smiles. “It brings me great joy to see people work towards, and achieve, their full potential. “If I can help them in this endeavour, then all the better.”

While it may seem that he has enough going on to last a lifetime, Hungani has plenty of plans for the future. He wants to see “his baby” as a fully established and recognised go-to for people in the industry. This young man wants to produce and co-direct a short film and documentary, as well as work on two great theatre shows, an international film and play a leading role in a South African film. He also does MC’ing and presenting on the side.

It is clear that Hungani is passionate about everything he does. He is inspired by his family, nature, art, music and silence, and firmly believes that comfort is a key element in daily life. His family and partner make him happy, and doing what he loves while knowing God is on his side, keeps him going.

Hungani unwinds by eating out, reading or listening to music. “I dance too, of course, and find that cleaning the house relaxes my mind – although it doesn’t do the same for my body!” He also loves nature, and coming home to the Lowveld, to be part of it.

This man is reminiscent of the bards of old, an entertainer for the people, and as such it comes as no surprise to find that he is passionate about telling authentic South African stories on a global scale. It would certainly appear that perhaps inadvertently, this is exactly what he is doing. 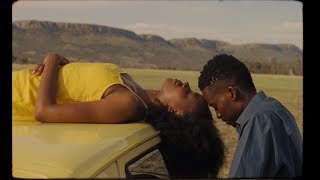 A Lot Is Happening!